The books in this list are selected for Muslims who want to investigate the Christian faith. These books are written by some of the best Christian teachers today. 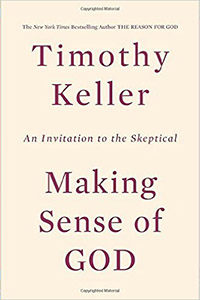 Making Sense of God: An Invitation to the Skeptical

by Timothy Keller
Timothy Keller writes for those whose faith in empirical reason, historical progress and heartfelt emotion makes them question why anyone should believe in Christianity? In Making Sense of God, pastor and New York Times bestselling author Keller invites skeptics to consider that Christianity is more relevant now than ever. As human beings, we cannot live without meaning, satisfaction, freedom, identity, justice, and hope. Christianity provides us with unsurpassed resources to meet these needs. 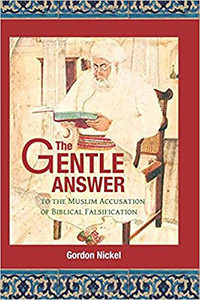 The Gentle Answer to the Muslim Accusation of Biblical Falsification

by Gordon Nickel
Despite the Qur’an’s respectful references to the biblical scriptures, Muslim polemicists use some qur’anic verses to claim the Bible’s words have been falsified. Nickel offers a scholarly Christian response to that claim, showing Muslim accusations against the Bible to be without merit. He also shows that textual questions about the Qur’an are at least as challenging as those about the Bible. The Gentle Answer thus invites Muslims into an honest and open discussion of the meaning of the Muslim and Christian scriptures. 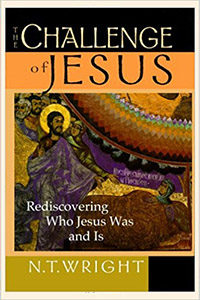 The Challenge of Jesus: Rediscovering Who Jesus Was and Is

by N.T. Wright
The renowned bishop, scholar and bestselling author provides a fresh, provocative and historically credible portrait of Jesus. Wright maintains that we can move toward a fuller understanding of Jesus and his message in only one way. And that is by hard, historical work, which places him accurately within the Palestinian world of the first century in which he lived. This book takes Christian faith and historical scholarship equally seriously. 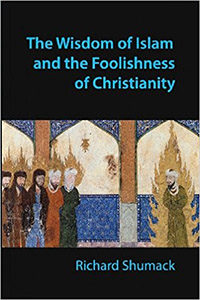 The Wisdom of Islam and the Foolishness of Christianity

by Richard Shumack
Richard Shumack offers a unique Christian response to nine common philosophical objections to Christianity made by Muslims. He compares the nature of God, faith and scriptural inspiration, the human problem and its solution, and the relationship between love and law and between politics and religion in the world’s two largest religions. And he attempts to be fair and even-handed in assessing the strengths and weaknesses of the Christian and Muslim worldviews. 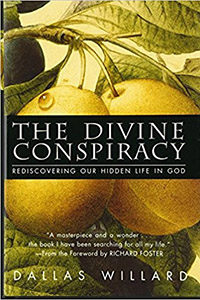 The Divine Conspiracy: Rediscovering Our Hidden Life in God

by Dallas Willard
Philosopher Dallas Willard weaves together biblical teaching, popular culture, science and spiritual practice to show the necessity of profound changes in how we view life and faith. Many today consider Christianity’s primary function to give us admission to heaven when we die. Willard takes strong issue with such “consumer Christianity,” which has absolutely no impact on life here and now. He challenges us to step aside from the politics and pieties of the all too common lukewarm faith of our times to consider the true meaning of Christian discipleship. 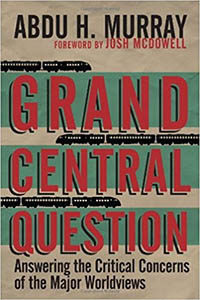 by Abdu Murray
Abdu Murray views Islam, secular humanism and pantheism as representatives of the major worldviews of our day. All three answer the fundamental questions of human existence-Why am I here? What does it mean to be human? Why is there evil in the world and how do we deal with it?-but each one emphasizes a different question. As a lawyer and former Muslim, Murray brings compassion, understanding, and clarity to his analysis, comparing the answers of each worldview to the central message of Christianity. 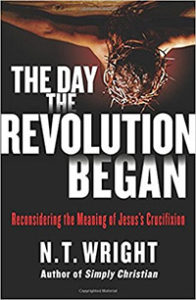 The Day the Revolution Began: Reconsidering the Meaning of Jesus’s Crucifixion

by N.T. Wright
Here Wright contemplates the central event at the heart of the Christian faith, Jesus’ crucifixion. Wright argues that Jesus’ death on the cross was far more than God’s answer to the problem of sin. It was no less importantly also the beginning of a revolution commissioning his faithful followers to a new vocation, which would make them responsible for restoring and reconciling all of God’s creation. 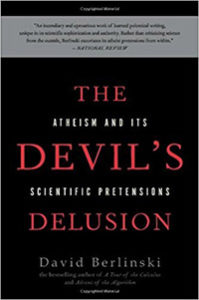 The Devil’s Delusion: Atheism and Its Scientific Pretensions

by David Berlinski
The popularity of books by Richard Dawkins, Sam Harris and others denigrating religious faith show that militant atheism is on the rise. And these writers are just the leading edge of a larger movement that includes much of the scientific community. Here Jewish mathematician David Berlinski responds with a biting defense of religious thought. The Devil’s Delusion is a brilliant, incisive and funny book that explores the limits of science and the pretensions of those who make it the ultimate touchstone for understanding our world.

Renovation of the Heart: Putting on the Character of Christ

by Dallas Willard
Each of the major religions calls for personal change. Renovation of the Heart explains the common misunderstandings about human nature and outlines the biblical pattern of personal spiritual transformation—not as a formula, but rather a systematic process. As intentional apprentices of Jesus, Christians are called to move into a deeper relationship with God while becoming more like Jesus and discovering their true identity in him. 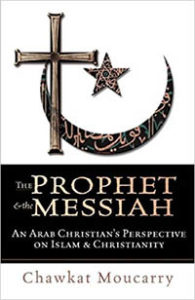 The Prophet & the Messiah : An Arab Christian’s Perspective on Islam & Christianity

by Chawkat Moucarry
Although respectful of and sensitive to the concerns of Muslims, Chawkat Moucarry clearly makes the case for the truth of Christianity, while assuring the reader that absolute impartiality does not exist. Scripture, God, sin, salvation, Jesus Christ, Muhammad and contemporary issues are among the key topics he discusses. Moucarry also provides appendixes listing Muslim theologians and mystics and giving a historical time line of Christian-Muslim relations. 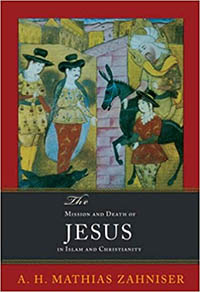 The Mission and Death of Jesus in Islam and Christianity

by Mathias Zahniser
Zahniser discounts the common wisdom that Muslims and Christians should only dialogue on things we can agree on. He is convinced that the motivating force of our different traditions derives from not only what we hold in common, but also beliefs that keep us apart. Hence, he takes a careful and comprehensive look at different views of Jesus’ mission and death in the Qur’an and Bible. He considers relevant teachings in the hadith and broader Muslim tradition as well. 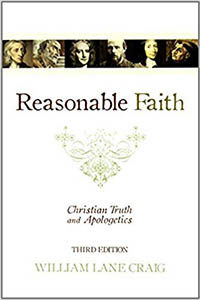 by William Lane Craig
Written for ordinary readers and academics alike, Reasonable Faith takes a positive approach to apologetics, showing that there is good reason to think Christianity is true. William Lane Craig gives careful attention to all of the sceptic’s big issues, including the relationship between faith and reason, the existence of God, the problems of historical knowledge and miracles, the personal claims of Christ, and the historicity of the resurrection of Jesus.

Why Jesus was the smartest man ever


In Christian belief, Jesus was the smartest man who ever lived since he understood the meaning of life and how to live it as no one else has. As vital as scientific knowledge is, it’s no substitute for this knowledge. For…

Posted in Biblical teachings How to understand the Bible


The Bible may well be the world’s most misunderstood book. Having said that, it’s also the world’s best-loved book. Jews cherish its Tanakh, or Old Testament, while Christians take sustenance from both testaments. Muslims, too, believe that the biblical scriptures—which they…


The Trinity is one of Christianity’s most criticized doctrine, partly because it’s so misunderstood by those who don’t appreciate its beauty. In fact, most of their criticisms attack only parodies of it. To understand it truly, we must consider 1) what…

Why is Jesus called the Messiah?
Why did Jesus have to die?
What makes the Bible unique?

Making Christianity intelligible to believers, unbelievers & everyone in between

Send this to a friend